The Victor Prize: In the spirit of Ekstra Bladet

Every year Ekstra Bladet, one of Denmark’s leading newspapers and the largest news web site in the country, awards ‘Victor Prisen’, The Victor Prize, to a person – a journalist or an author – or organization whom with boldness and courage stands up in order to defends liberty and freedom of speech and/or have succeeded in revealing a similarly great disclosure. All in the spirit of Ekstra Bladet’s distinct and – at least in Denmark – famous tabloid style.

Victor Prisen is named after one of Ekstra Bladet’s most legendary Editor in Chief’s Mr. Victor Andreasen, whom in the early 1960’s and 70’s literally saved the newspaper from closing.

Like few else Victor succeeded to capture the spirit of the times and by constantly experimenting, breaking down taboos and prejudices and introducing campaign journalism, he not only saved the newspaper, he managed to make Ekstra Bladet Denmark's largest daily and create the tone of voice we even today rests on and contributes to Ekstra Bladet’s significant market leader position among online news web sites.

As a curiosity, Victor had a very stormy and exposed marriage with one of the most famous authors of that time, Tove Ditlevsen, whom a fews years after their divorce committed suicide. Victor himself died at the age of 80 in the year 2000.

Earlier recipients is a broad spectra of national and international journalists, authors, photographers, comedians etc. – mostly national, though – that, in the true spirit of Victor Andreasen – has disclosed, stood up against institutions in power, excited others or with satire entertained ordinary people and citizens.

Recent years The Victor Prize has been awarded to French publisher and satire weekly Charlie Hebdo and to Norwegian Editor in Chief Mr. Espen Egil Hansen, Aftenposten, for his courage to stand up against Facebook. Even Peter Arnett, CNN, has received the award for his coverage of the first US-Iran war in early 1990’s.

Victor Prisen also acknowledge the struggles that free and independent medias are facing these years in different European countries with increased state control over public as well as private owned medias, legislations that limit medias and individuals to express opinions, investigate people and institutions in power and generally clench freedom of speech. Ekstra Bladet cherish the fact that we have a non-party affiliation and always being in opposition to any party and regime in power.

The physical symbol of the Victor Prisen is a huge cobblestone and even a trip to Victor Andreasens birth town, Silkeborg, situated in the sea highland of Jutland, Denmark’s big peninsula.

The nominating committee consist of members of the Board of Editor in Chiefs and the chairmen of the employee association at Ekstra Bladet. 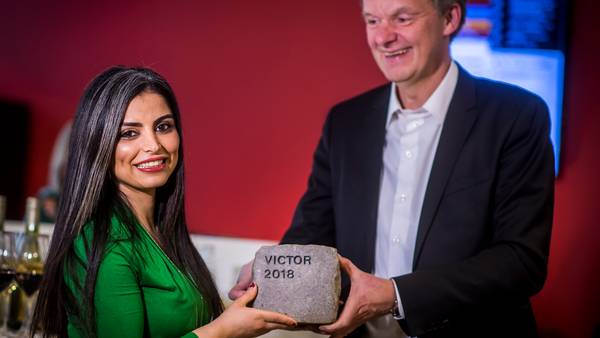 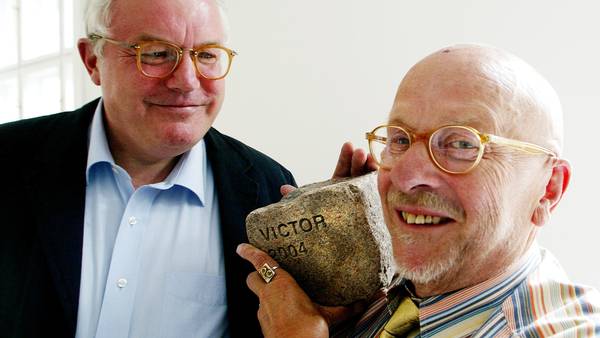